The 2019 Porsche GT3 Cup Challenge USA by Yokohama will feature a new season-opening round, a return to two popular venues from the series’ past and a new-for-2019 television partner as International Motor Sports Association (IMSA) officials revealed next year’s calendar at the site of 2018’s final event weekend. 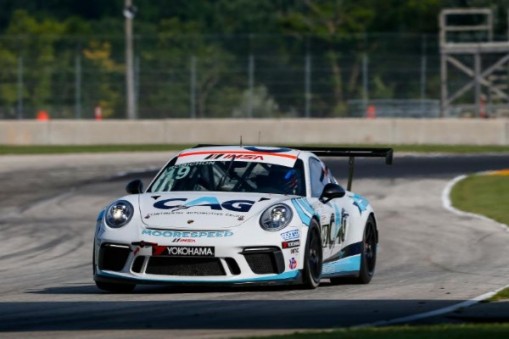 The 2019 schedule will feature an eight-weekend, 16-round schedule of 45-minute races. Television coverage for seven of the eight event weekends will air on a tape-delayed basis on NBCSN as part of IMSA’s overarching, six-year partnership with NBC Sports launching in 2019.

The 2019 GT3 Cup Challenge USA season begins a few weeks later than in recent years, kicking off with a doubleheader of races at Barber Motorsports Park in Birmingham, Alabama on the weekend of April 6-7. It will be the first of two event weekends the series will run as a companion to the IndyCar Series in 2019. The following month, the series rejoins the IMSA WeatherTech SportsCar Championship for the first of five companion weekends with IMSA’s flagship series at Mid-Ohio Sports Car Course on May 4-5.

Next, it’s on to Circuit Gilles-Villeneuve in Montreal, Quebec, Canada in June as part of the Formula 1 Canadian Grand Prix. The date will be confirmed following the approval of the entire 2019 F1 calendar by the FIA. It will be the first GT3 Cup Challenge USA event in Montreal since a pair of races in the 2016 season. It also will be the first of two combined events with the Porsche GT3 Cup Challenge Canada by Yokohama set for 2019.

August also will have two GT3 Cup Challenge USA events, the second of which coming once again at VIRginia International Raceway on the weekend of Aug. 24-25. The VIR round is a companion event to the Michelin GT Challenge for the WeatherTech Championship.

WeatherTech Raceway Laguna Seca is the other venue returning to the GT3 Cup Challenge USA schedule after a two-year absence. The penultimate event weekend of the 2018 season will be on Sept. 21-22 as a companion to the IndyCar Series. As it has since 2016, Road Atlanta again will host the 2019 GT3 Cup Challenge USA season finale on Oct. 10-11 as part of the prestigious Motul Petit Le Mans event.

The Porsche GT3 Cup Challenge USA by Yokohama is one of the largest of Porsche’s 23 one-make series in the world.

The series produces intense, exciting competition for semi-professional and aspiring professional drivers in the world’s most produced and iconic race car, the Porsche 911 GT3 Cup. The championship is the perfect platform for drivers to ascend to the highest levels of GT competition, such as the WeatherTech Championship, or as a destination for accomplished drivers whose participation in the series fulfills a lifelong dream.

Racing in the Porsche GT3 Cup Challenge USA by Yokohama is divided into two classes – Platinum Cup, featuring Porsche 911 GT3 Cup race cars built between 2017 and 2019; and Gold Cup, which is comprised of the previous iteration of the race car. A Masters Championship also is conducted in the Platinum class. Each class is recognized with its own podium at the end of every race and individual champions at the end of every season.