KÜS Team75 Bernhard will be fielding two brand-new Porsche 911 GT3 Rs in the 2019 ADAC GT Masters and also intensifying their youth policy. They will be extending the scope of their activities to karting this year with the entry of the new Junior Team75 in the ADAC Kart Masters. The outfit is led by reigning World Sports Car champion Timo Bernhard, who has recently joined the board of trustees at the ADAC Sports Foundation on which he will be working hard to support talented newcomers to motor racing. He now plans to enter the new ADAC GT4 Germany with the new Porsche 718 Cayman GT4 Clubsport unveiled only last week. 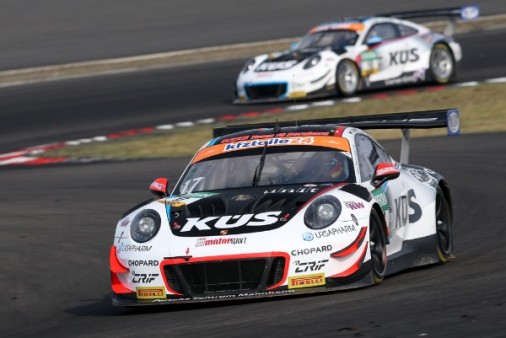 In the ADAC Kart Masters, the Junior Team75 will be working in partnership with Lanari Racing Team. The first signing to be announced is Daniel Gregor (13) of Leinsweiler near Karlsruhe. In addition to the ADAC Kart Masters, Junior Team75 will also be contesting the European Karting Championship and the German Youth Kart Championship. Gregor will be coached by Hannes Janker, the reigning World Series Karting champion.

Timo Bernhard, who started out in karting himself and is also the patron of the ADAC Pfalz youth group, sees the move into karting as a logical approach to underpinning his increasingly broad-based interests: “I think it’s great that the Team75 livery will now also be seen in karting. My father and I feel a strong connection to karting, which plays a key role as a classic entry level for professional motorsport. Team Lanari and our first driver Daniel Gregor are a solid combination for the first year of Junior Team75. And I think that the package will be attractive for other young drivers as well.”

Daniel Gregor: “The news that I will be competing for Junior Team75 this year was the best Christmas present I could have imagined. There is so much success and motorsport expertise behind this team. The prospect of working with Timo Bernhard, Klaus Graf and Rüdiger Bernhard is an extra special motivation for me.”