NORTHERN TERRITORY fans will be able to cheer for one of their own when the Porsche PAYCE Carrera Cup Australia Championship returns to the Top End this weekend. 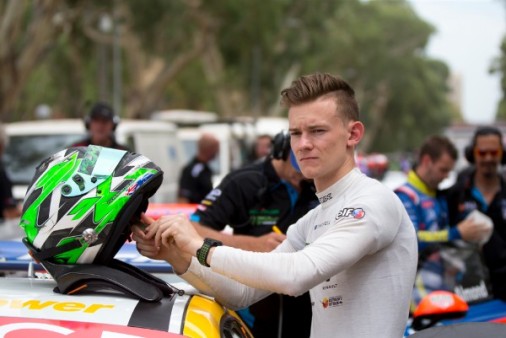 The fourth round of the 2019 championship will be the first in Carrera Cup series history to feature a Darwin-born driver racing on his home circuit; 21-year-old Thomas Maxwell ready to make his debut at Hidden Valley this weekend.

Despite being the only local in the field, the weekend actually marks the first time that Maxwell, who drives for Sonic Motor Racing, will have raced at his home circuit.

The Berrimah-based driver has spent much of his junior racing career overseas, prior to returning to Australia to contest the nations top one-make category this season as a Porsche Michelin Junior driver.

Following the first three rounds of the championship, Maxwell sits a promising eighth – third of the Juniors – in the Carrera Cup standings with top 10 finishes in every race and a best of fifth already to his credit.

Adding to the excitement of the week, Maxwell celebrated his 21st Birthday on Monday.

“It’s been a massive week and hopefully there’s a bit to celebrate by the end of the weekend – that would be an awesome birthday present,” Maxwell said.

“I’m super pumped to come back home and to race here. It’s special to be able to race around the world but nothing could be better than racing at your home event.

“It will be great for all the people to have helped and supported me to get me to where I am to come out and take it all in as well.”

Maxwell said that despite never having raced at the Hidden Valley circuit, it remained a familiar location.

“Growing up I think I’ve been at every single Supercars race there since I was about 5 years old,” He said.

“As a local and how close the track is to home I don’t actually know it as well as some of the others on the calendar and this will be my first race there. But I’m pretty confident I know it well and I’ve done laps in a variety of different cars practicing over the years.”

Just three rounds in to his ‘tin-top’ racing career, Maxwell has adapted quickly to the very different driving style required by the heavier, more powerful Porsche 991 GT3 Cup Car he is driving this year.

“It was always going to be a challenge but we’ve done quite well to settle in quickly and get some runs on the board,” he said.

“Our qualifying pace was a good step up last time out at Phillip Island and we want to keep moving that way in the top five or six and keep progressing forward. I’ve been slowly getting my head around re-programming my brain to drive a car with a roof, but it’s been an awesome experience.”

2019 marks the eighth visit of the Porsche PAYCE Carrera Cup Australia to the Hidden Valley circuit just outside of Darwin.

It also marks the half-way point of an increasingly competitive title fight that currently has Sonic Motor Racing teammates Dale Wood and Jordan Love first and second in the championship standings, just 21 points between them.

Wood, who won Round 2 at the Australian Grand Prix in Melbourne, is being chased by his young teammate Love, who won last time out at Phillip Island and has now won the last five-straight races in the championship.

No driver has won six consecutive races since five-time series champion Craig Baird achieved the feat in 2006 – 13 years ago.

Meanwhile, the Sonic team has won the last seven consecutive races, only one behind the existing record set way back in 2003 by racing great Jim Richards and his own team en-route to the championship.

Round 1 (Adelaide 500) winner Nick McBride remains third in the standings with each of the top three drivers in the championship having won a round this year.

David Wall sits fourth in the standings and will be hopeful of a return to his 2018 Darwin form that saw him secure pole position and win the first race of the corresponding round twelve months ago.

The Porsche PAYCE Carrera Cup ‘race within a race’ is no less competitive than the outright battle with competition in TAG Heuer Pro-Am also fiercely competitive.

While second-placed Stephen Grove will miss the Darwin round due to his overseas racing commitments in the Porsche Mobil 1 Supercup, third-placed Liam Talbot (Wall Racing) is just 61 points behind Gilbertson.

The experienced Roger Lago is a further four points back in fourth while Sam Shahin (- 84 points) and Tim Miles (- 132 points) are within one round of the leader.

The Darwin round will also feature several milestones for some of the series most experienced drivers.

2014 champion Steven Richards will start his 50th Porsche Carrera Cup Australia round, just the eighth driver in series history to reach the milestone.

Rentcorp Racing’s Duvashen Padayachee will then become just the 20th driver to start 100 Carrera Cup Australia races when he takes the starter in race two.

Jaxon Evans takes the flag to win in Darwin in 2018, while round winner Dylan O’Keeffe follows.

Race 1 on Saturday will be a round of the Enduro Cup championship and contested over 35 laps, while the pair of Sunday races will each be 18 laps.