The GPX Racing team is delighted and proud to announce that it will enter for the coming 24 Hours of Spa with a trio of Porsche works drivers. Michael Christensen, Kevin Estre and Richard Lietz, who have all won an FIA WEC world title, will share the Porsche 911 GT3 R in the Gulf colours in the most famous endurance race for Grand Touring cars at the end of July. 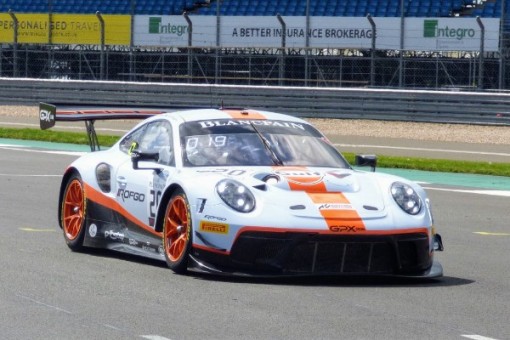 GPX Racing kicked off its GT3 programme in the 24 Hours of Dubaï before tackling the Blancpain GT Series Endurance Cup. The first three events on the Monza, Silverstone and Paul Ricard circuits were marked by constant progress in the team’s results in the Silver Cup category. For the fourth event in the championship GPX Racing will be in a completely different situation as the team’s Porsche will be entered in the Pro category making it a contender for outright victory.

Team Principal Pierre-Brice Mena, who has already raced in the 24 Hours of Spa as a driver (8th in 2011), explains how this project came together for the fledgling team. “We owe this project to our excellent relations with Porsche Motorsport. I think we’ve shown just how serious our approach is during the opening races of the season. It really is a huge sign of their confidence in us. The support at the 24 Hours of Spa not only involves the drivers as we’re also receiving technical backup. This type of challenge was at the base of the creation of the team as our aim has always been to race in the most important events at the highest level. Doing so hand in hand with Porsche with their Pro drivers is really fantastic! We hope that it’s the start of a long success story.”

Everybody in the team is incredibly motivated by this news. Naturally, this also goes for the three drivers who all want to inscribe their names on the roll call of winners of the Belgian classic for the first time!