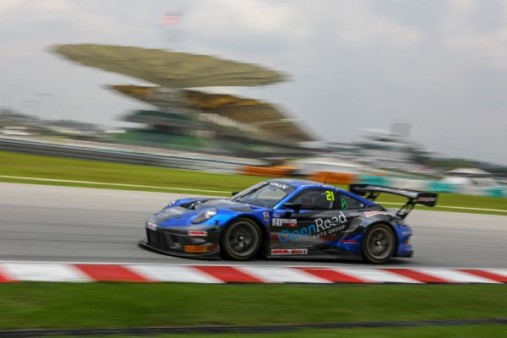 The Porsche 911 GT2 RS Clubsport class will be available for either bronze-graded, diamond (aged 50-59) or sapphire (aged 60+) drivers.

The GT4 class includes both the current-spec Porsche 718 Cayman GT4 Clubsport as well as its predecessor, which continued to impress in the Thailand Super Series’ GTC class during the 2019 season with four wins.

Open to all drivers including silver-grade or higher, the GT3 class is offered for the championship-winning 2019 Porsche 911 GT3 R and the previous generation, which bowed out of racing with a victory at this year’s Bathurst 12 Hour.

All grades of drivers can also contest the Porsche 991 GT3 Cup with the current model, while bronze, diamond and sapphire can enter with the previous model. All three generations of the Porsche 997 GT3 Cup cars from 2005-2013 are eligible for entry in the series.

The inaugural Porsche Sprint Challenge Asia season will consist of four races at two meetings on 17-18 January 2020 and 29 February-1 March 2020, both of which will take place at the famous 5.542 km Sepang International Circuit. The Hermann Tilke-designed former Formula 1 Grand Prix venue providing a twisting high-speed layout, catered to great racing.

Each event will consist of 30-minute practice and qualifying sessions and two half-hour races, and each class will have a respective drivers’ and teams’ championship. There will also be a separate prize for the highest-placed bronze, diamond and sapphire drivers.

The series will be promoted and covered through Porsche Motorsport Asia Pacific’s and MAL’s social media, as well as streamed worldwide through YouTube and Facebook in addition to various sports networks across Asia.

Alexandre Gibot, Head of Porsche Motorsport Asia Pacific: “Our goal has always been to support the ongoing development of Asian motorsport by providing access to our portfolio of GT Racing products and technical/aftersales support, but also to identify areas to develop new platforms. We were able to do so in Thailand with the launch of the Porsche Sprint Trophy Thailand, in China with the Porsche Sprint Challenge China and are now very excited to introduce the Porsche Sprint Challenge Asia in Malaysia. With this latest development, we have further expanded the opportunities for our customers to continue competing in the off-season while much of the motorsport world is taking a break. It also gives a further opportunity to get the Porsche 911 GT2 RS Clubsport on the track. We can’t wait to see the cars lined up on the grid in Sepang.”

David Sonenscher, CEO Motorsport Asia Limited: “Motorsport Asia Limited began our relationship with Porsche 17 years ago in 2003, creating the opportunity for Porsche to establish the Carrera Cup in Asia and we are proud to have been at the core of their motorsport development in the region ever since. The Porsche Sprint Challenge Asia allows us to extend that relationship even further and provide a platform that offers teams and drivers of all levels to participate in all classes of Porsche models. Holding the races across the winter off-season in Malaysia is ideal, not least because of the conditions, but also because this is the traditional home venue of many of the teams, due to the ability to store and arrange convenient servicing for vehicles. We strongly believe that this will be an ideal platform to introduce new drivers, who will be able to graduate into higher level championships such as Carrera Cup Asia and other GT races with Porsche. We are excited about this new venture and are looking to build the championship with the possibility to expand the event and even separate the classes in the future as numbers grow.”