The Brumos Collection today announced the official opening of a stunning new 35,000 square-foot interactive museum dedicated to the technology, innovation and historical significance behind some of the world’s finest automobiles. The new facility will be home to more than three dozen rare, historically acclaimed race and collector cars. 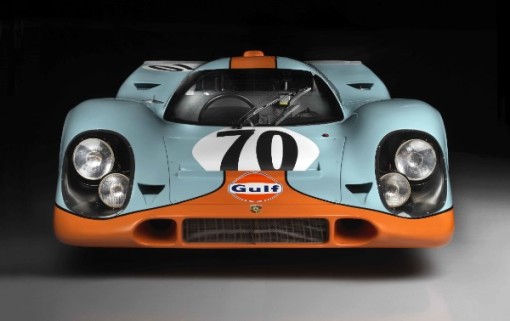 Widely considered the most famous Porsche 917 ever built, the historic racecar was initially used for Le Mans testing before being featured in the McQueen film. Housed in a barn for more than two decades, the 917K reemerged in 2001 and was full restored. This magnificent automobile was last seen publicly in 2017.

Also introduced to the collection today is a highly regarded 1968 Porsche 908 that conquered the Nürburgring. In the second track appearance ever for Porsche’s then-new 908, drivers Jo Siffert and Vic Elford tackled the notorious Nürburgring’s 1000 km in this yet-unproven model. Starting in the 27th position, Siffert guided the 908 to second at the end of the first lap and into the overall lead after the second lap, setting a lap record. This historic 908 persevered through a grueling 44 laps around Nürburgring’s 14-mile course, skillfully navigating a 1000-foot elevation change and 160 turns through the forest.

The Porsche 908 and McQueen’s 917K join a stable of more than three dozen hand-picked, truly remarkable vehicles spanning three centuries, providing museum guests with an up-front look at racing and automotive history.  The collection is highlighted by:

The first 917/10 was produced in 1971. This Can-Am Racer had a twin-turbocharged engine capable of 200+mph speeds at 1100 hp. Peter Gregg raced the car to a 9th place finish in the 1972 Can-Am Championship, followed by Hurley Haywood’s 3rd place finish in the 1973 Can-Am Series season. The Brumos Porsche 917-10 was the first race car to carry what has now become the iconic and recognizable white, red and blue livery with the famous Brumos Racing “sweeps.”

Peter Gregg won six IMSA Camel GT championships and scored 41 victories in the 1970s. In 1979, he won his final, and perhaps finest, season as he earned a record-setting eight wins and eight straight pole positions. The #59 Brumos Porsche 935 was Gregg’s last race car and is now believed to be the last remaining unmodified 935 still in existence.

The Porsche 935 was the final evolution of the legendary 911 Carrera as introduced by Brumos Racing in 1973. It is a 700+ HP, twin turbocharged racer capable of speeds in excess of 200 mph. The #59 Brumos Porsche 935 is shown exactly as it raced when it won the 1979 IMSA Championship, and is authentic in every detail, down to Gregg’s distinctive tartan seat upholstery. The car won 53 percent of the races it entered, carrying Peter Gregg to 20 percent of his total career IMSA victories.

In 1924, 16 years after the first Ford Model-T was produced, Henry Ford expanded production to a newly commissioned 165,000 square-foot plant in Jacksonville, Florida. The Brumos Collection is housed in a purpose-built facility whose meticulous design pays distinct homage to this part of Jacksonville’s automotive history.

From the moment guests enter the grounds, carefully crafted design details honor auto racing history. The guard rails along the roadways are reminiscent of the guard rails you would have found racing along the tracks of a bygone era; a board track walkway leads to the building entrance, and the surrounding brickwork pays tribute to the legendary Indianapolis Motor Speedway “Brickyard.”

“The Brumos Collection offers an exhibit of remarkable vehicles spanning three centuries, demonstrating the collaborations and rivalries that changed the automotive world,” said Executive Director Brandon Starks. “More than a technical tale, the exhibition reveals the very soul in these machines—cars inspired by their predecessors, with never-before-seen technologies developed by the hands of masters, tested in competition, and celebrated in history. Using interactive media, we’re able to bring these magnificent vehicles to life, providing guests with the opportunity to explore at their own pace.”

About The Brumos Collection