On 12-13 March, the GPX Racing team participated in the GT World Challenge Europe tests on the Paul Ricard circuit with its two Porsche 911 GT3 Rs. In addition to the six professionals – including five works Porsche drivers – who will spearhead the team’s attack in 2020 Louis Delétraz, a young 22-year-old Swiss, better known in the world of single-seaters, also drove in the Var. He has been fostered by the GPX Academy from his karting days up to Formula 1 (Pirelli tests with Haas at the end of 2018), and will race in the Paul Ricard 1000 kilometres on 30th May replacing Dennis Olsen competing on the other side of the Atlantic. Of course, this all depends on the evolution of the Covid-19 epidemic which, it is hoped, will be just a bad memory by then. 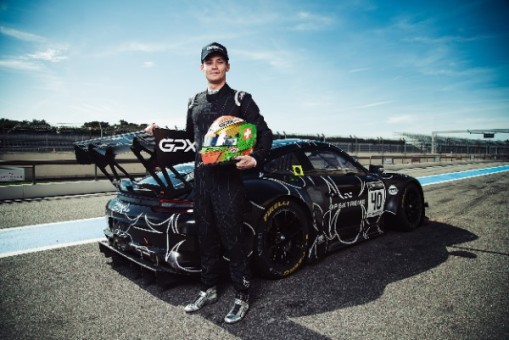 The dates clash with the IMSA event in Detroit in which the Norwegian, Olsen, is taking part meant that the GPX Racing management had to find a replacement for the French round of the GT World Challenge Europe. Louis Delétraz was an obvious choice as he has been part of the GPX family and its Young Driver Academy since his first steps in motor sport.

Pierre-Brice Mena: “This choice is a no-brainer as he was the first member of the GPX Academy and we’re very proud to welcome Louis to the team. Frédéric Fatien spotted him in his karting days and has looked after him throughout his career. Although GT racing is not his current priority Louis is very motivated by this challenge. This project was trotting round in our heads for a long time, but we were waiting for the right opportunity and also to be able to put him in the right car. He’ll be racing in the best conditions at Paul Ricard – in a PRO line-up backed by Porsche. It was no surprise to us that he was completely at ease and very quick in the tests. We can’t wait to return to Paul Ricard.”

Louis, son of ex-Formula 1 driver Jean-Denis Delétraz, has had a scintillating career in single-seaters. He filled the runner-up spot in the Formula Renault 2.0 Eurocup and the Formula V8 3.5 Series and is among the contenders for the top three in the 2020 FIA Formula 2 Championship, the final step on the ladder before F1. He has already gone part of the way to achieving his objective of breaking into the top category as he had a test with the Haas team at the end of 2018.

“I’ve worked my way up since I joined the GPX Academy. It’s been a great story and driving a GPX Racing Porsche is, in a way, closing the loop,” says Déletraz. “Without them I wouldn’t be here. Of course, this year my main focus is Formula 2 above all, but I’d like to point out that I don’t consider endurance as a Plan B. I really love this discipline as I grew up in this atmosphere when I accompanied my father to the big events. I also love the Porsche; it’s a really beautiful car that requires a different style of driving compared to a single-seater because of its weight, traction control and ABS. This weekend my team-mates Romain Dumas, Thomas Preining, Dennis Olsen and I did a lot of work on the set-ups, and I’m delighted to have been able to participate in its development. I think I fitted into the team without a hitch.”

The weekend of 30th May and 1st June will be a very special one for Delétraz as the day after the Paul Ricard 1000 km with GPX Racing he will take part in the 24 Hours of Le Mans test day with the Rebellion team. Romain Dumas, two-time winner of the Sarthe classic, is the common denominator between these two events as in both cases he will be one of the young Swiss’s team-mates. “As an F2 driver I think I can be quick over a lap. But my endurance experience is almost zero so I must remain humble and I can only learn from a driver like Romain Dumas who’s a legend. Having him as a team-mate is a marvellous gift!”

Jean-Denis Delétraz, on the other hand, is among the entries for the Monaco Historic Grand Prix. If the event takes place on 8 – 10 May he will drive a 1980 F1 ATS run by the GPX Historic team with which he finished on the podium of the Masters Historic F1 twice at Silverstone last year.

« Porsche postpones Round 1 and 2 of 2020 Porsche Michelin Sprint Challenge
Wish We Were There. Porsche and the Twelve Hours of Sebring »