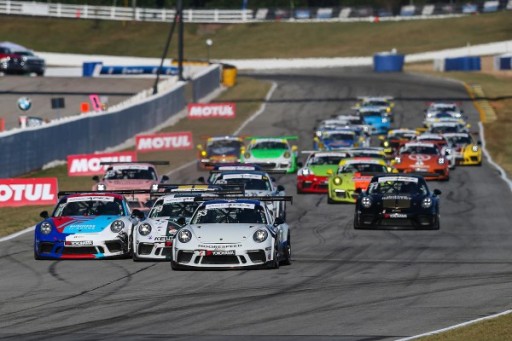 The 2020 season – which was originally slated to begin in March at the Grand Prix of St. Petersburg, but was postponed after just one practice session – will finally kick off on the weekend of July 31-Aug. 2 with a pair of 45-minute races at Road America in Elkhart Lake, Wisconsin. IMSA officials today unveiled a revised calendar that will see the series visit eight racetracks for a total of 16 races over a four-month period.

Rounds 3 and 4 of the series will take place at VIRginia International Raceway on Aug. 21-23 before heading west to WeatherTech Raceway Laguna Seca on Labor Day weekend, Sept. 4-6. The series returns to Mid-Ohio Sports Car Course for the second consecutive year on Sept. 25-27, closing out the first half of the season.

The second half of the season kicks off the following weekend at Watkins Glen International, which will host Rounds 9 and 10 on Oct. 2-4. Michelin Raceway Road Atlanta is next on the weekend of Oct. 14-17, wrapping up a run of six consecutive companion events with the IMSA WeatherTech SportsCar Championship as the headliner.

The penultimate race weekend of the season brings the series back to St. Petersburg alongside IndyCar on Oct. 23-25 following this week’s announcement of the rescheduled event on the Florida street circuit. The 2020 season will conclude in the Sunshine State with a pair of races at Sebring International Raceway as part of the Mobil 1 Twelve Hours of Sebring Presented by Advance Auto Parts weekend on Nov. 11-14.

The Sebring event will replace an event originally scheduled for April at Barber Motorsports Park, which was cancelled for 2020.