Matteo Cairoli is set for the 6 Hours of Spa

Matteo Cairoli is set for the FIA WEC return as 6 Hours of Spa-Francorchamps gets underway this coming weekend, 13th/15th August. 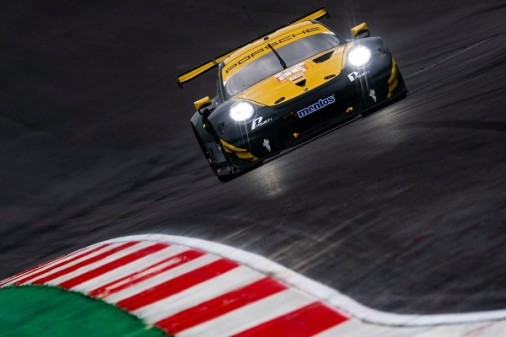 After a six-month break, the World Endurance Championship re-starts for round 6 of the 2019-2020 season. The Belgian event – which will take place behind closed doors – comes before the 24 Hours of Le Mans scheduled for 19th/20th September.

At Spa, the 24-year-old Italian racer will drive the Team Project 1 #56 car in a new livery, alongside his team-mates Laurents Hörr and Egidio Perfetti. After sealing the GTe-Am pole position and making a podium return at the Austin’s Lone Star Le Mans on February, Cairoli seeks for another top-3 result.

“I’m really looking forward to drive again the Porsche 911 RSR GTE car. Spa is a track I love so much. To finish on podium could round off a perfect weekend.”

“I think we have good chances to do well again”, Cairoli added, “My team-mates are very fast. Podium is our target obviously.”

Free practice 1 at Spa will get underway tomorrow. FP2 and FP3 are both scheduled on Friday ahead of qualifying at 18.00. On Saturday, the 6-hour race will commence at 13.30.