Edoardo Liberati makes this weekend, 5th/6th September, his GT World Challenge Europe Endurace Cup seasonal debut at the Nürburgring track. As in the NLS round 5 hosted by the Nordschleife circuit last Saturday, the Italian racer will share driving duties with team-mates Alexandre Imperatori and Josh Burdon in a KCMG-run Porsche 911 GT3 R car to enter the 6-hour-race scheduled for Sunday. 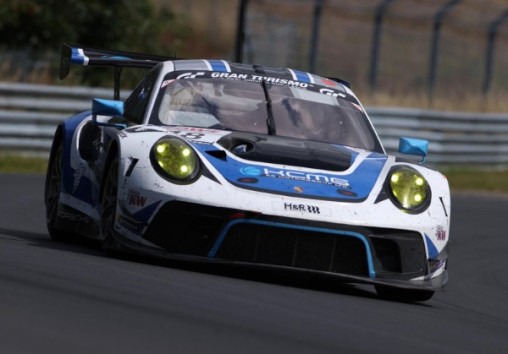 “This is a race in preparation of the 24 Hours of Spa-Francorchamps that will be held late next month”, Liberati commented. “KCMG will field only one car. So we will test for the first time the Pirelli tires for the Belgian event”.

The GT World Challenge Europe Endurance Cup started at Imola on late July and comes this week to its second out of four rounds. At least 45 cars will enter the Nürburgring 6-hour-race.

Following official testing on Thursday, free practice takes place at 9 on Saturday. Pre-qualifying gets underway at 13.35 and final qualifying starts at 19.10. On Sunday, 6th September, the race will commence at 11.45, live streamed at http://www.gt-world-challenge-europe.com.